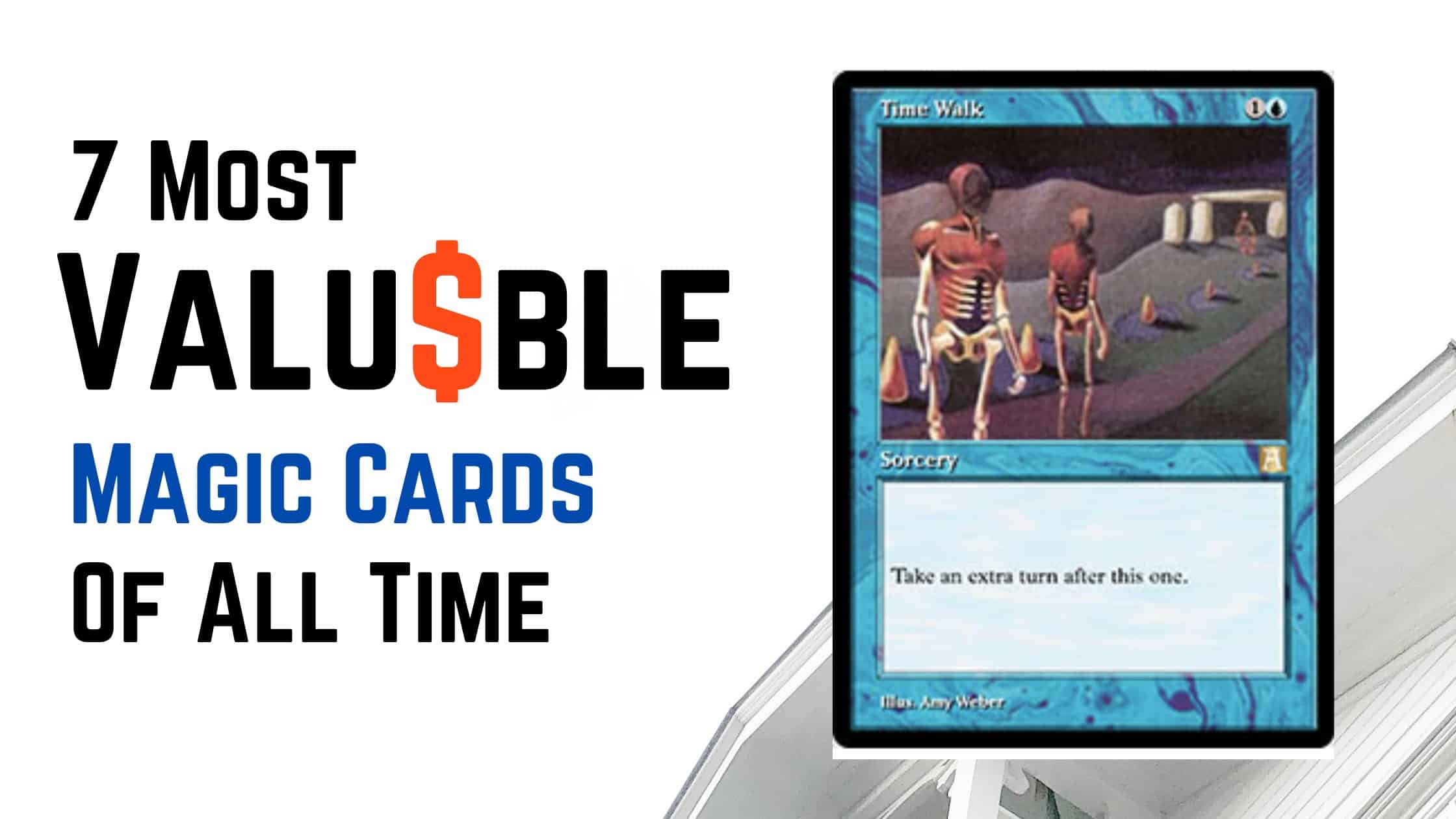 Are you a fan of Magic: here are the 7 most valuable magic cards of all time.

These seven examples are some of the most valuable Magic cards ever made, from ultra-powerful legendary cards to unique art pieces.

These seven cards are precious, rare, and hard to find. However, if you’re lucky enough to own one of these cards, you can be sure it will be a valuable addition to your collection.

The Gathering is among the most popular collectible card games with many players. The game Magic was created by Richard Garfield and published by Wizards of the Coast.

The release date for this game was August 5th, 1993, and Magic was designed for two or more players.

Many people are familiar with Magic because it is a tabletop and digital card game that can be played with strategy and skill.

Magic is about the community that has grown around the game. Players have formed bonds and friendships through their shared love of Magic.

Magic tournaments provide a place for players to come together and test their skills against one another. For many, Magic is a source of great fun and enjoyment.

But for some, Magic is much more than that. It is a way to connect with others and form lasting relationships.

So whatever your reason for playing Magic: The Gathering, know that you are part of something much bigger than the game itself.

Each card has unique properties and can be used differently to create exciting and powerful decks. One of the most popular cards is Foiled Intuition, which allows its owner to search their library for any three cards and keep one.

This can be incredibly powerful, allowing players to find the exact card they need.

However, it can also be dangerous, as your opponent gets to choose two of the three cards to go into your graveyard.

As a result, Foiled Intuition is a powerful but risky card that can swing games in favor of those who know how to use it effectively.

Magic cards come in many different types, including Time Walk (Alpha). Time Walk (Alpha) is a powerful and straightforward Magic card that allows you to play two mana to take a whole second turn after the one you’re currently doing.

This card is banned in many formats because it is powerful and can give players a significant advantage.

Magic Cards remain one of the most, if not the most, influential card games on the market. A single Magic Card can be worth hundreds or even thousands of dollars.

The Mox Emerald (Alpha) is no exception to this rule. This Magic Card is a Black mana source and is considered one of the most powerful. It is also one of the rarest and most sought-after cards by collectors.

If you are lucky enough to get your hands on a Mox Emerald (Alpha), consider yourself very lucky.

Underground Sea is one of the most versatile and powerful Magic cards. It can tap for either Blue or Black mana, making it perfect for any deck that utilizes those colors.

In addition, it has no downside – you can use it as much as you want without worrying about any negative consequences.

We believe that this makes Underground Sea one of the best Magic cards ever printed, and you would have to do hard-efforts to find a better dual land.

Underground Sea is sure to take your Magic game to the next level, thanks to its exceptional power and versatility.

Copy Artifact is one of the most superior Magic cards in existence. For only two mana, it allows you to copy any artifact.

This can be extremely useful in various situations, whether you’re trying to create an army of golems or want a backup for your most powerful artifacts.

The card is also very cheap, making it a great addition to any deck. However, it’s important to note that the card is on the Reserved List, so it may be challenging to find. Nevertheless, copy Artifact is a great card that any Magic fan should try to get their hands on.

Timetwister is a Magic card that costs three mana and shuffles your hand, graveyard, and library together. It then lets you draw seven cards.

Once you’ve done all of that, your opponent does the same. In essence, it’s an incredibly potent spell that allows you to draw a whole new hand and reset the game without changing the actual board state. Also, it’s on the Reserved List.

This makes it a highly coveted card by Magic collectors and players alike. Its value will only continue to increase as time progresses, making it a wise investment for anyone interested in Magic cards.

Mox Sapphire is a powerful Magic card that can give you a vast mana advantage. It’s a must-have for any Blue deck, and it’s outstanding in decks that also run Mox Ruby and Volcanic Island.

These three cards are valuable because they all fit in the same color scheme and regularly go in the same decks. This means you can get a mana advantage over your opponents by having all three cards in your deck.

So if you want an edge over your opponents, make sure you have a Mox Sapphire in your collection.

So there you have it. Our list of the seven most valuable magic cards of all time. Do you have a favorite? Let us know how this article helps you in the comments below.

And ensure that to check out our other magic card content for more tips and tricks to help you take your super game to the next level.

What is the most potent magic card?

The most potent magic card is the Tomogoyof.

What is the most expensive magic card?

The most expensive magic card is the Black Lotus. It is an artifact card that allows you to add three mana of any color to your pool. It is incredibly rare and has been known to sell for upwards of $5,000.

What is the most versatile magic card?

The most versatile magic card is the Underground Sea (Alpha).

Some Guys Card is a general website where we help our reader to provide well in depth details about cards to help them to easily find the knowledge that they are looking for.